«How they rule the world» 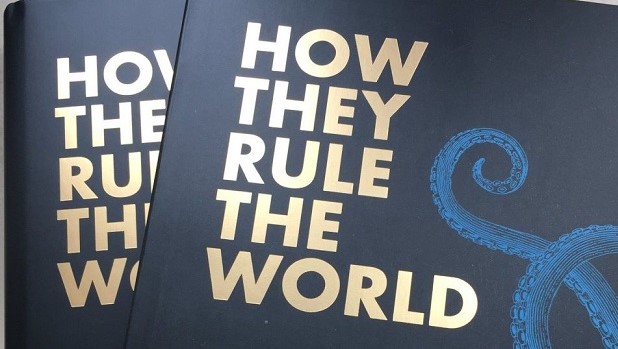 “How They Rule the World” is a bestseller written by the Spanish Colonel Pedro Baños. The book is an essay on the techniques and strategies used to dominate the geopolitics field. When one thinks about power, one usually thinks of domination through hard power, through the coercion of armies. But Colonel Baños’ essay reveals a series of techniques used by different power groups, both states, and economic powers. By force is the last resort that is used after having tried to control the different global players through other techniques.

The book shows the readers, with abundant bibliographical references, that the economy is the main vector that moves the relations between global actors, and gives the readers references on why to subjugate a country through the economy is an effective method of control. Baños also gives the readers references on how the media induce audiences to have their thoughts alienated with the global power groups´ will. In short, Colonel Baños’ book has shown to big audiences the techniques and strategies used by the power groups to control both people´s personal lives and their government’s line of action. And that’s where the problems for Pedro Baños started; to show before large audiences how the global power groups try to influence populations to support the harassment and attack to rebel political actors has not liked in those power sectors.

Pedro Baños’ essay has been translated into several languages and has been one of the bestselling books in the countries where it has been published. The large audience of these countries has been able to unveil the techniques of social and political control that are executed from the shadows of power. The old world was different; for example, Aristotle’s Nicomachean Ethics is seen as a reply to Plato’s Republic. In an ideal world, somebody replying to Colonel Baños would have had to write another book full of references refuting Baños´ thesis. If Western media were the arena where ideas are debated and outlined, replying to Pedro Baños would have set debates in media between academics and experts, who could discuss Baños´ thesis.

But we do not live in an ideal world, nor is the Western media a platform to debate ideas. The book has not been refuted by confronting ideas and information, it has been decided to attack the person of Pedro Baños aimed to delegitimize all the theses of his book. In recent weeks social media platforms have been crowded with pseudo-experts and pseudo-scientist involving Baños in the strangest and most absurd accusations.

The unfounded accusations have resulted in the book being removed from important international publishing houses. No academic refutations have been written, nor have their theses been dismantled through discussion and deliberation in the media; everything has been reduced to the accusation of Pedro Baños having one or another ideology, or the accusation that the author supports this or another country. The most curious thing about all this matter is that the technique used to discredit him is reflected in his book: to delegitimate the dissident voice, not to contest the argument. Likewise, it is curious to see how in social media the main opinion does not agree with the ideas of Baños´ detractors, instead, they show their support for the renown geopolitical analyst.

Several conclusions can be drawn about what is happening with Colonel Baños. The first conclusion is that there is a clear divorce between public opinion and published opinion, the large audience is not aligned with the opinion expressed by the mainstream media anymore. The second conclusion is that countries in which freedom of expression and opinion are used as flag use highly developed censorship techniques. It is difficult to defend the West as a free market of ideas knowing the case of Baños, and others of a similar nature. The harassment suffered by Pedro Baños is proof of the thesis shown in his book. In the third place, it can be concluded that western power groups are losing control over the opinion of the population, and this will force them to develop more their social control techniques, and the fourth conclusion is that the attack on dissident opinions will be increasingly recurrent in Western countries.

Responsibility for the information and views set out in this publication lies entirely with the author.